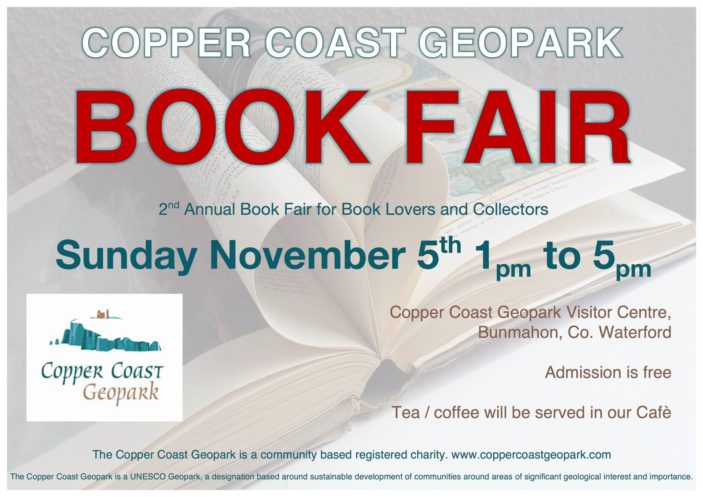 Tea and coffee will be served in our Cafè.

The Copper Coast is a UNESCO Global Geopark, a designation based around sustainable development of communities in areas of significant geological interest and importance.

National Heritage Week 2017 has just finished and throughout the land it was the best ever. The Copper Coast Geopark ran three successful events.

Geologist Robbie Galvin attracted a good following and gave a lively account of the local geology as seen at Tra Na Mbo Cove. 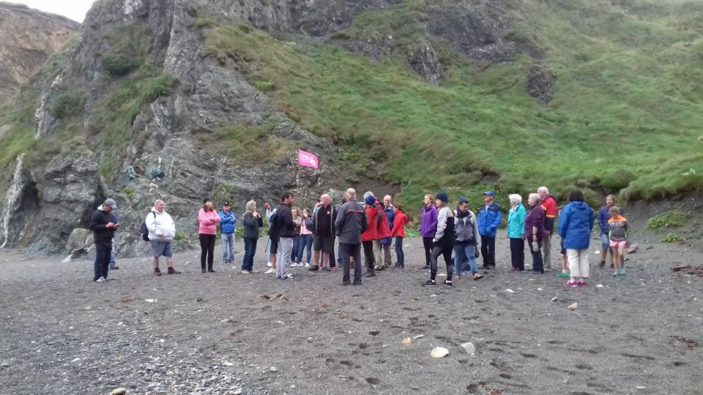 Robbie again engaged full attention as he brought life to the collection of rocks and minerals in the Geopark Centre. Serenella had even come up with pink cup-cakes in the café to reflect the Heritage Week theme! 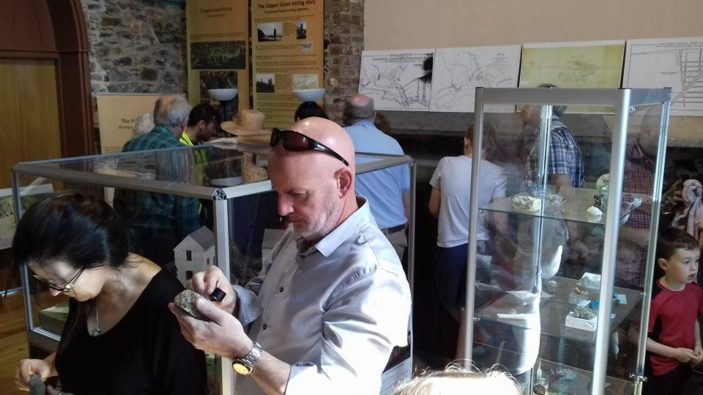 Ecologist Alan Walshe, as usual, led a fascinating stroll around Fenor Bog; no two walks are ever the same – but that’s nature… 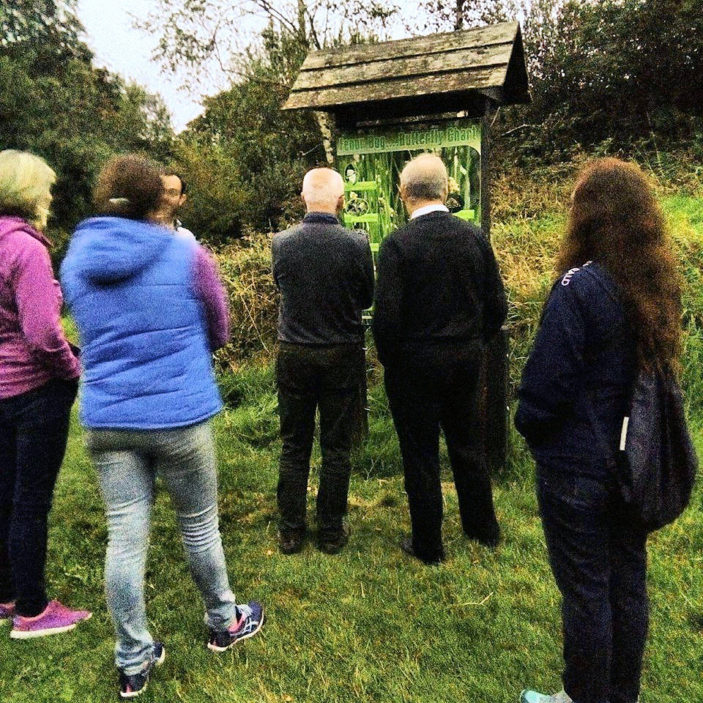