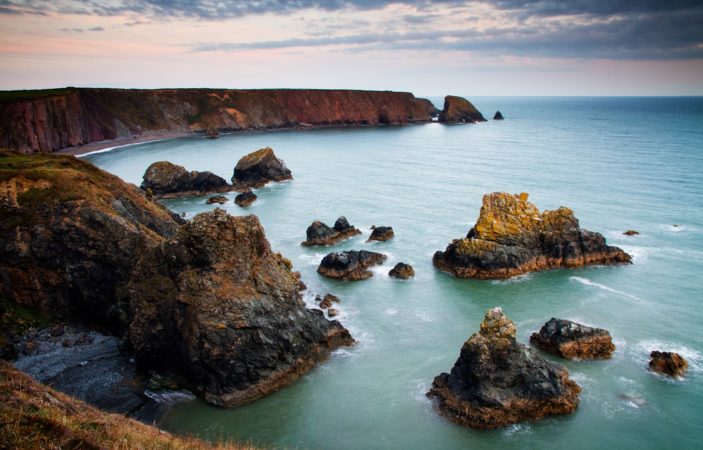 Geological System/Age and Primary Rock Type
Devonian age conglomerates and sandstones are the main rock types seen in the bay, but they are in unconformable contact with Ordovician andesite volcanic rock towards the eastern end.

Main Geological or Geomorphological Interest
High, vertical cliffs at the back of the beach in Ballydwan Bay are composed of conglomerate and sandstone rocks of Devonian age. These are red in colour and have abundant pebbles of white vein quartz within them.

A feature of particular interest is seen at the eastern end of the beach. The red conglomerates are seen in an unconformable contact with Ordovician volcanic rock. This reflects a time gap of about 80 million years, and the red rocks were deposited by rivers on a weathered land surface of Ordovician volcanic andesite rocks. Lumps of the greenish andesite can be seen in the conglomerates near the unconformity.

Access and Safety The beach is accessible with a public road and a car park to a narrow slipway.