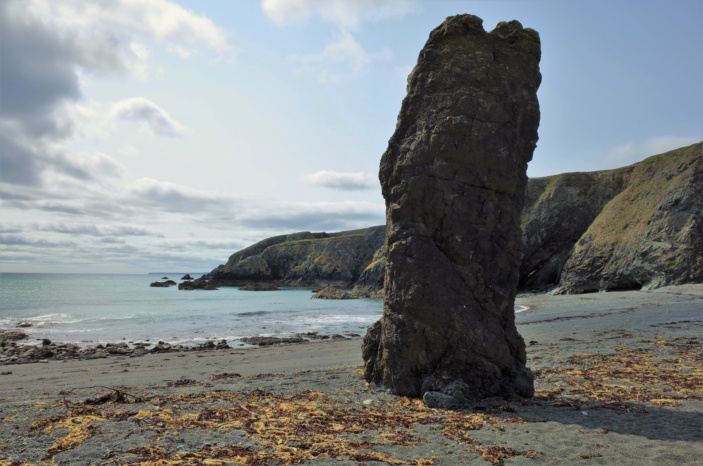 Outline Geosite Description
The site comprises a rocky headland and Trawnamoe beach to the west.

Geological System/Age and Primary Rock Type
The rocks of Bunmahon headland are Devonian age sandstones and conglomerates. The adjacent rocks in the bay to the west are Ordovician volcanic and sedimentary rocks.

Main Geological or Geomorphological Interest
Mining heritage is highly visible in the bay with small adits cut into the rocks. The volcanic lavas at the western end of the Trawnamoe beach show very interesting features, which are called peperitic intrusion. When andesite lava was being injected into wet sediments, it broke up into rounded blobs and was extensively altered by hot fluids.

The headland of Bunmahon Head is composed of Devonian age red sandstones and conglomerates. These are tilted to vertical and form impressive cliffs. A fault runs to the west of the headland separating them from the Ordovician rocks.

Access and Safety
Accessable via a cliff top track from Bunmahon, and a path onto the headland or down into the bay via a hand rail assisted slope.