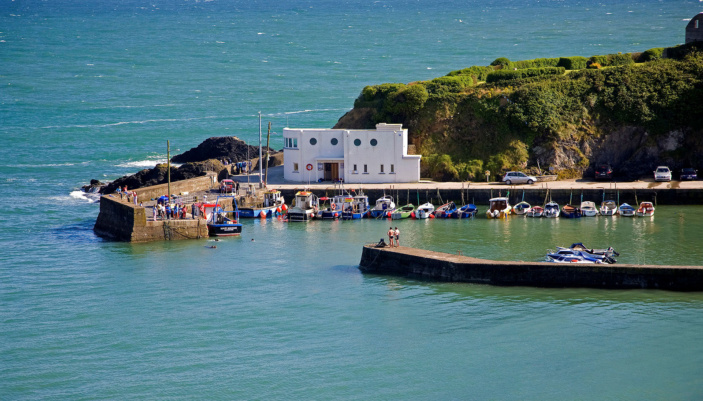 The site comprises coastal cliffs and a headland.

Geological System/Age and Primary Rock Type
The rocks at Dunabrattin Head are all Ordovician in age from about 460 million years ago. Rocks of the Tramore Limestone Formation forms the headland itself.

Most of the headland itself is comprised of rocks of the Tramore Limestone Formation, which is mostly actually composed of calcareous mudstones and siltstones, rather than pure limestone. The rocks here have yielded a collection of fossils, particularly trilobites, for collectors in the 19th century, such as those of the Geological Survey of Ireland. The headland is the type locality for one trilobite species, Illaenus bowmanni. Inland, the rocks pass up into tuffs and mudstones and other sedimentary rocks. They show sedimentary features which indicate that there were earthquakes during the time they were being deposited. There is also a good sea arch eroded in the rocks to the east of the headland

Some car parking is available at Boarstrand harbour which is easily accessible.

Access via the cliff top path is not complete or easy, due to cliff collapses and narrow paths, so general promotion is probably not advisable. Safe access to fossiliferous rocks is very limited and there is very little sea level accessibility, although low tide is essential for some reported access from the Boat Strand Harbour.