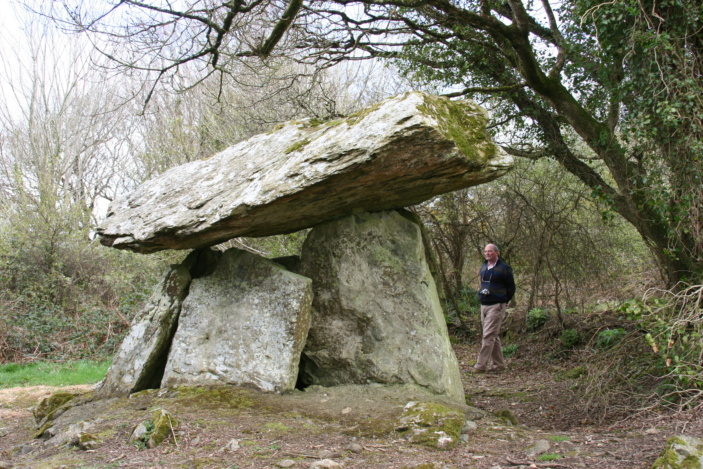 A Prehistoric tomb older than the pyramids

Gaulstown Dolmen is one of the finest examples in Ireland of a prehistoric portal tomb known as a Dolmen. Built around 3500 to 4000 BC, Gaulstown is constructed of locally quarried volcanic rock and features a cap stone which is over 5 metres in length.

Discovered by a Geologist

Gaulstown was first recorded by famous 19th century Irish Geologist and artist George Du Noyer who encountered the Dolmen while mapping the rocks of the area.

Gaulstown is only accessible through private property. Please be aware that the paved  entrance to the site is also used by local farms and residences  and as such care must taken with parking adjacent to it. Do not park between the gates and the walled enclosure and be aware of the operation of farm machinery.